Leading developer of VedaPulse™ is honored with a highest award –

2017-05-11
Dr. Sorokin had started to develop Dosha balance analysis algorithms on the basis of HRV method since 2003. In 2006, he created a company, which continued R&D studies, and in 2008, the first prototype of the device that reads the heart rhythm was created. 2010 was the year, when Russian registration certificate for the medical device was obtained, and in 2013 – FDA registration on the territory of the US.
​ 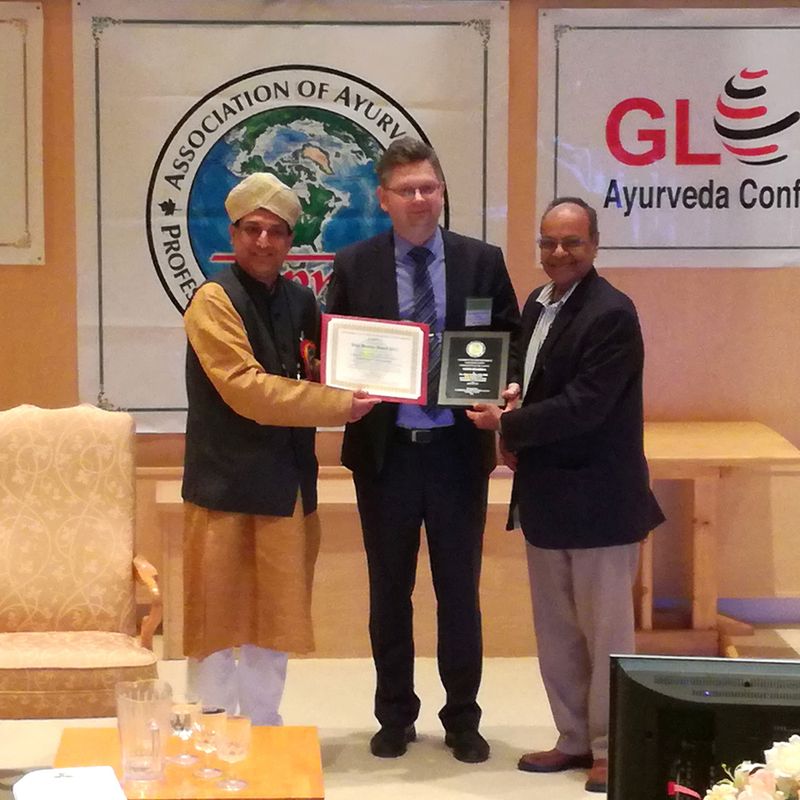 Left to to right: Shekhar Annambhotla (founder and president of AAPNA), Oleg Sorokin, Vijay K. Jain (member of AAPNA)
We would also like to mention Dr. Sorokin’s mastermind, Dr. Vasant Lad (BAM&S, MASc., Director, The Ayurvedic Institute, New Mexico, USA), who received Charaka Excellence Award for excellence in Ayurvedic teaching among other scientists and doctors. At the Conference, Dr. Lad read a lecture “The Ayurvedic Concept of Manovaha Srotas and its Disorders”.
​ 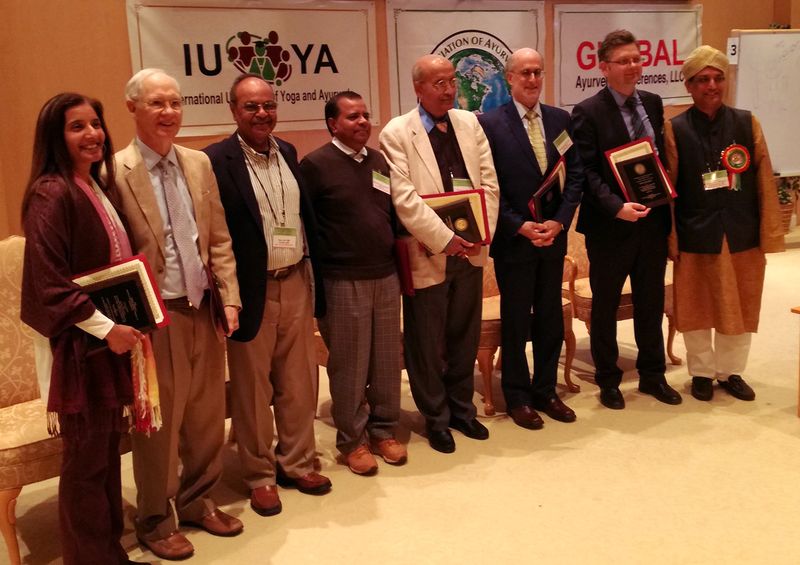